Today's sermon isn't really about snow per se.  It is about the different ways that the Lord comes to people.  For God will reveal Himself to everyone who truly wants to find Him, as He promises in Jeremiah 29:13, which says, "You will seek me and find me when you seek me with all your heart."  If you are looking for truth, and real answers to life's questions, you may not realize you are looking for God.  But you are.  And He knows.  And He will come.  To some He comes as the gently falling snow, speaking softly to your heart.  To others He might come through something more dramatic. As I have shared with this congregation before, several years ago I was a straying sheep, wandering far from the fold, when He called my name twice, audibly, in the middle of the night.  I know someone who told me they would not believe unless a bolt of lightning struck within 5 feet of them, but did not kill them.  To my knowledge, that has not happened yet, but it is not beyond the realm of possibility.  In our Scripture readings this morning (Acts 9:1-15 and Luke 24:13-36), the Lord appeared in different ways to the Apostle Paul and the two on the road to Emmaus.  And there have been rising reports recently of Jesus appearing to Muslims in dreams and visions, for many of these people have no other way to hear the truth of the Gospel.  And now I have a story to read to you from the Dec/Jan issue of Mysterious Ways, which is a Guideposts publication.  It was written by a gentleman named David Kidd, and he titled it "The Presence.

"I sat at the desk in my study, bathed in a halo of lamplight, staring out the window at the swirling snow.  I had a graduate school paper to write and I hadn't settled on a topic.  The paper was for a comparative-religion course at Brown University in Providence, Rhode Island, where I was pursuing a doctorate in anthropology.  I'd been awarded a full fellowship, a promising start to what I hoped would be a fruitful career as an anthropologist.  There were few better places to study the field; no other place I wanted to be, even during a cold New England winter.

Part of my struggle starting this paper was the course itself.  I'd been raised in church but I lost my faith in high school when I fell in love with science.  Scientific answers were backed by evidence.  What empirical evidence for faith was there?  None, as far as I could tell.  Anthropology gave a better definition of religion:  a necessary cultural phenomenon enabling prescientific human beings to make sense of their existence.  No serious, educated person could possibly believe in things like the miracles attributed to Jesus.  I was willing to grant that Jesus was a great moral teacher.  He most certainly was not the incarnation of God.

I scanned titles on the bookshelf beside my desk, hoping one might spark an idea.  A driving wind blew fistfuls of sleety snow against the window.  I was glad to be inside, snug against the elements.  Funny, I thought, how all the scientific knowledge in the world still couldn't explain why we feel pleasure watching a snowstorm from a place of warmth and safety.

I wished I could write about exactly that question:  how the mind knows and experiences the world outside itself.  I'd been reading a lot about that subject - called epistemology - and found some of it unsettling.  It turned out science hadn't answered all the major questions about the universe.  Even something so basic as how we know what we know - scientific debate was far from settled.

My gaze fell on an old leather Bible on the bookshelf.  The King James Version, a gift from my father long ago, back before I'd told him about my loss of faith.  I'd held onto it for purely sentimental reasons.

I pulled the Bible down and ran my fingers over its still new-looking cover.  Sadly for my father, I'd barely opened it.  By the time I received it, I was rapidly losing interest in what was inside.

Amazingly, my father had taken my loss of faith with patience.  He'd answered every question I had.  Countered every argument.  Almost as though he felt sure my budding atheism was temporary.  Mom was heartbroken.  Her crestfallen face was still vivid in my memory.

I refocused on the Bible.  Maybe I'll find something in it to write about.  I opened to a random page.  A passage from the end of the Gospel of Matthew:  "Go ye therefore, and teach all nations, baptizing them in the name of the Father, and of the Son, and of the Holy Ghost: Teaching them to observe all things whatsoever I have commanded you: and lo I am with you always, even unto the end of the world.  Amen."

Amen.  And with that one word like a thunderclap, my world shifted on its axis.  There was something in the room with me.  Someone.  A presence absolutely radiant with love, truth, joy.  It filled the room.  Overwhelmed me.  I couldn't speak.  I couldn't move.  I could only see and feel.

The presence was a person.  But he was unlike any human being I had ever encountered.  He was brighter, more resplendent, more real than it was possible for an ordinary human to be.  He was in the room and at the same time he was everywhere.

There was no judgment in him.  He didn't excoriate me for my unbelief or tell me I had to repent.  He didn't have to.  His reality and goodness were so all-emcompassing.

In an instant all the questions I'd been asking about science, religion, and the nature of knowledge faded to insignificance.  In fact, I realized that those were the wrong questions.  My scientific arguments against faith seemed hopelessly weak.  This was reality.  This was God himself.

I saw that God was intimately involved in everything that happens everywhere, from the tiniest sub-atomic particle to the movements of the galaxies.  All goodness came from him and all evil would be overcome by him.  There was nothing God could not redeem.  He was at work everywhere, drawing everything into his purpose.

Including me, sitting in my desk chair enveloped by his glorious presence.  I hadn't asked for it.  I hadn't wanted it.  It was grace unexpected, a feeling completely new and beyond my understanding.

I don't know how long I sat there.  When at last I came back to myself, I felt as if I had been in that chair for an instant, and for eons.  I gazed around the room.  The presence was still there in some indefinable way, but I was able to think again.

I stood up, steadying myself against my desk.  Impelled by a sudden need, I grabbed my coat, dashed downstairs and plunged outside into the snowstorm.  I had to walk.  To think.  To come to grips with what had just happened and what it meant.

The streets were silent, unspoiled whiteness.  I walked aimlessly, not caring where.  Everything around me, the falling snow, the powder blanketing cars and branches, the dark, heavy sky, seemed indescribably beautiful.  Charged with God's presence and clarity.

Had I really just experienced the presence of God in my apartment?  That was impossible!  Surely I was hallucinating.  Maybe this was all a dream.

Yet real snow fell on my jacket.  The sharp cold pricked my cheeks.  My boots crunched on real ice.  I had seen what I had seen.

I quailed, imagining my anthropology colleagues' reactions.  "Are you feeling all right, David?"  they'd ask, searching my face for signs of mental disturbance.  "Maybe you're working too hard."

Would my parents even believe it?  Dad had never said, "I believe in Jesus because he appeared in my study one night and gave me a vision of his love and dominion over the world."  Probably they would think the pressures of graduate school were getting to me.

In science, the simplest explanation of a given phenomenon is always preferred.  And yet I knew I wasn't crazy.  I hadn't taken drugs.  I wasn't more stressed or tired than usual.  I was invigorated.  I'd never felt more alive.  The simplest explanation seemed to be beyond explanation.  I couldn't pretend it hadn't happened.  An unaccountable, unbidden presence had flooded into my life and I was no longer in control.  I needed to know more about what I'd seen.  Suddenly my anthropology fellowship didn't seem so important.  There were things far more compelling to explore.  To know.  To embrace.  To love.

I wandered around Providence in the snow until the dawn glow extinguished the stars and the snowplows began to clear the streets.  I didn't have the slightest idea where to walk next, but I was sure it wasn't any place I'd been before.

I'm sure that wasn't the end of David's story, but only the beginning.  A new beginning.  And Jesus would like to come to you, too.  Is your heart open to Him today? 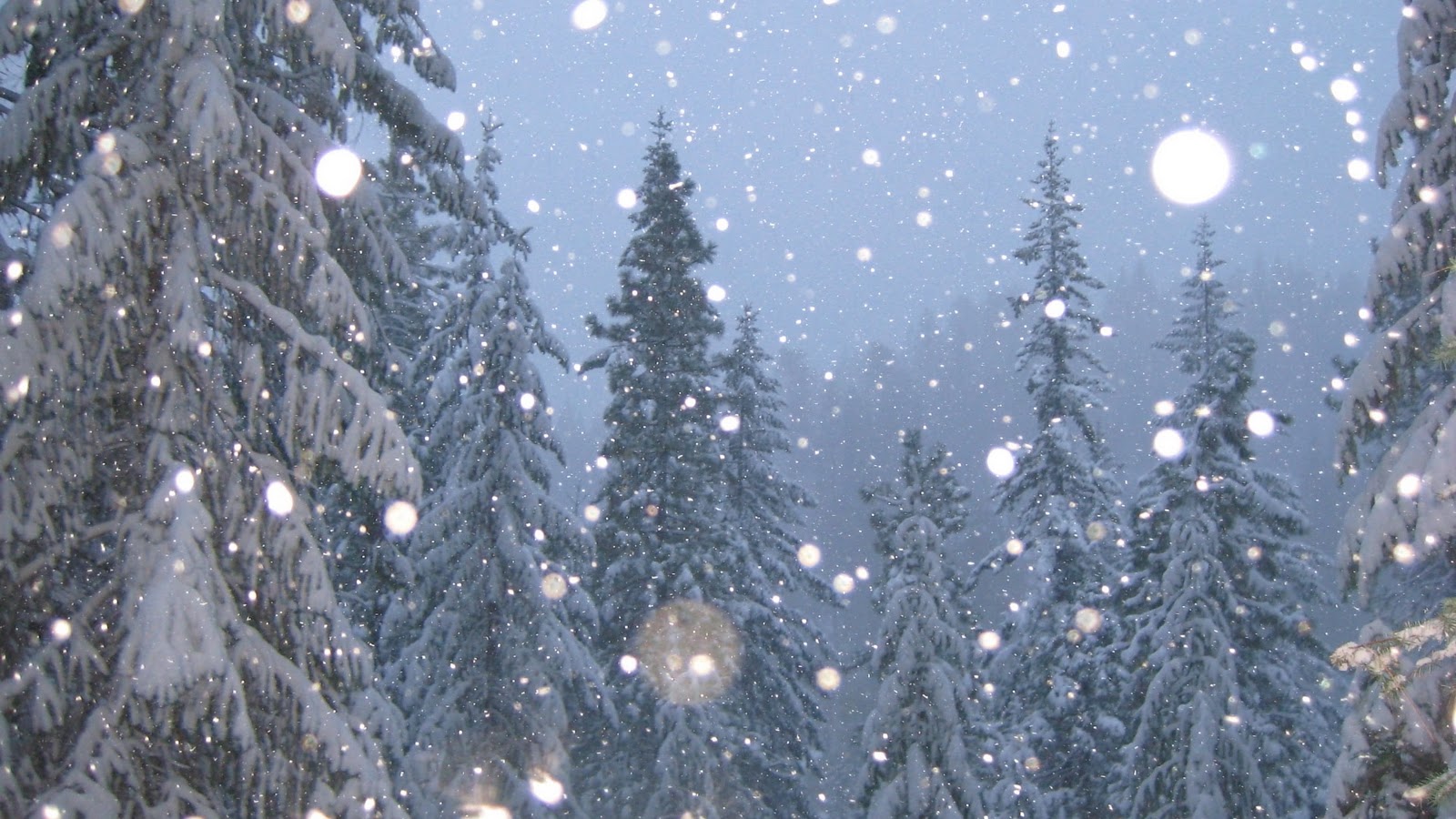