Our readings today (Genesis 4:3-10, Matthew 14:3-12, and Acts 7:51-19) tell us briefly about three such martyrs:  Abel (the first martyr and also the first to human to die), John the Baptist (the forerunner of our Lord Jesus), and Stephen (one of the first Christian martyrs).

Many people do not quite understand why Cain killed his brother Abel, and even less understand why God did not accept Cain's offering.  From the time that the very first sin on earth was committed, there was only one way to redeem mankind.  The Bible makes it quite clear that only the shed blood of a perfect sacrifice could cleanse us and make us once again acceptable to God.  (Read Hebrews chapter 9).  Throughout the Old Testament, God had specific requirements for sacrifices that must be offered.  While these animal sacrifices of themselves could not cleanse from sin, they were shadows of Christ, the perfect sacrifice.  Abel offered up such a sacrifice as specified by God.  I personally am glad I was not born in Old Testament times, as I cannot imagine how difficult it would be to take the life of an innocent little lamb, because you had sinned.  Most of us here have pets.  Could you sacrifice your dog or cat by slitting its throat in order to cover your sins?  Remember, this was BEFORE humans ate animals for food, as that didn't happen until after the flood (Read Genesis 9:3).  Well, Cain did not think that was the best route either.  He was a farmer who raised crops, and he proudly brought some of his best crops to God as his sacrifice.  On the surface, many people would see the logic of this, and think there was nothing wrong with his actions.  But in essence what Cain was doing was trying to earn God's favor through works, instead of following God's way, which is through grace.  Personal works, no matter how good, can never save.  Only through faith in the sacrifice of God's Son, Jesus Christ, can one be saved, as it says in Ephesians 2:8-9, "For it is by grace you have been saved, through faith - and this is not from yourselves, it is the gift of God - not by works, so that no one can boast."  And Cain was indeed proud of his crop that He brought to the altar.  But when God refused it, but accepted Abel's sacrifice, he became angry.  Very angry.  So angry that he committed the first murder; and Abel became the first person to die because He was doing what God wanted him to do.  We, too, must always be willing to follow God's Word no matter what the consequences, even when others make it seem right not to do so.

Moving on to our second martyr, John the Baptist, we discover that he lost his life because he was not afraid to preach against sin.  He was not afraid to tell King Herod that it was not right for him to 'have' his brother's wife.  Herod knew he was right, but Herodias was so enraged by this that she wanted him dead.  And so she finally used her own daughter as bait to trick Herod, with the end result being the execution of John.  In today's society, there are many who think it is a sin to call sin a sin!  This reverse logic is an abomination to God, as it says in Isaiah 5:20, "Woe to those who call evil good and good evil, who put darkness for light and light for darkness, who put bitter for sweet and sweet for bitter."  How many of us today are willing to preach God's truths to a society that wants no part of them?  To a society that has become angry to the point of becoming militant, and splitting families - and even churches?  Jesus Himself warned us that "a man's enemies will be the members of his own household" (Matthew 10:36).  Yet it is better to lose one's head physically, than spiritually!

And now for our third example of martyrdom, Stephen, who was one of the first Christian martyrs (after Christ Himself).  In the early church, preaching the gospel message was dangerous business - just as it is today in many areas of the world.  Starting at Acts 6:8 we read, "Stephen, a man full of God's grace and power, performed amazing miracles and signs among the people. But one day some men from the Synagogue of Freed Slaves, as it was called, started to debate with him. They were Jews from Cyrene, Alexandria, Cilicia, and the province of Asia. None of them could stand against the wisdom and the Spirit with which Stephen spoke. So they persuaded some men to lie about Stephen, saying, 'We heard him blaspheme Moses, and even God.' This roused the people, the elders, and the teachers of religious law. So they arrested Stephen and brought him before the high council. The lying witnesses said, 'This man is always speaking against the holy Temple and against the law of Moses. We have heard him say that this Jesus of Nazareth will destroy the Temple and change the customs Moses handed down to us.'  Now notice, that while these people did not like what Stephen was saying, they could not defeat his wisdom, so instead they brought lying accusations against him.  That tells you right there that his enemies were not the godly men they tried to make people believe that they were.  When Stephen was asked if the accusations were true, he preached quite the sermon, holding nothing back.  It ended with the opening words of our Epistle Reading:  "You stubborn people! You are heathen at heart and deaf to the truth. Must you forever resist the Holy Spirit? That's what your ancestors did, and so do you! Name one prophet your ancestors didn't persecute! They even killed the ones who predicted the coming of the Righteous One - the Messiah whom you betrayed and murdered. You deliberately disobeyed God's law, even though you received it from the hands of angels."  And then they stoned him to death.  Like John the Baptist, he was not afraid to 'tell it like it is' no matter the consequences.  And like Jesus, he even forgave those who were about to kill him because they didn't like his message.

And on that last note, I would like to add that it is a sad thing that in this day and age, another religion has soiled the image of godly martyrdom.  Let me make it clear that we do not advocate deliberately sacrificing your life in order to harm or kill non-believers, and we definitely do not promise eternal salvation to anyone on such a basis.  This is a satanic perversion of true Christian martyrdom.  Remember, the only sacrifice that ensures our eternal salvation is that of Jesus Christ, and that is through our faith in Him, not in our own works no matter how noble we think they might be.  But sadly, Christians are being killed every day by these enemies of the one true God who believe they are doing their god a service, and this will only increase in the last days.  We take comfort in the fact that the Bible promises that those who lose their lives for Christ will be blessed, as it says in Revelation 14:12-13, "Here is a call for the endurance of the saints who keep the commandments of God and the faith of Jesus. And I heard a voice from heaven telling me to write, 'Blessed are the dead - those who die in the Lord from this moment on.' 'Yes,' says the Spirit, 'they will rest from their labors, for their deeds will follow them.'"  Amen. 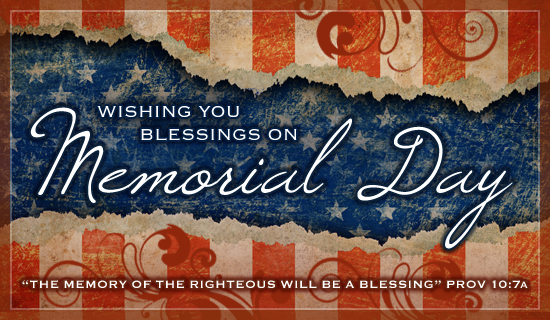