I shared this same message 4 years ago in both our church and Verona UMC, and I would like to share it with you again this morning.

It focuses on two words - TRUTH and FATHER.

The Pharisees believed that God was their Father because they were biological descendants of Abraham.  In all fairness to them, they honestly thought that to be TRUTH.  And they believed that by their holy and upright lives (at least by all outward appearances) they were serving their Father, whom they believed was the God of Abraham.  Then along comes Jesus, who tells them that what they thought was truth, was not true at all.  What was their reaction?  They wanted to kill him.

In our Old Testament reading, Joseph's brothers caused their father immense grief, because they had sold Joseph into slavery and told their father that he was dead (which he believed to be true).  His brothers hated Joseph because he had shared a dream sent from God with them - a dream that revealed a truth they didn't like.

What if YOU believed something - something major - to be true for all of your life, and then someone came up to you and told you that it was a lie?  How would you react?

Let me share something from my life with you:

I grew up as an only child.  When I was small, I idolized my father.  He was my hero.  I wanted nothing more than to make him proud of me and love me.  My father set very high standards for me to try and meet, but he told me that he did so because he knew I was capable of attaining them.  When I was only six years old, and starting first grade, they made me take achievement tests.  These tests showed that my intelligence was at a level far above my classmates.  My school offered to put me in third grade, but my mother feared I wouldn't be able to adapt socially, so my father compromised to please her, and they put me into second grade.  But my father insisted I bring home nothing but straight A's on my report card from then on.  An A- was not acceptable.  If I did, then I did not 'do my best' according to him.  Perfection was not an unattainable goal in our household - it was a requirement.  But that wasn't all.  Within a few years it was plain that my father wished he had a son.  I even longed for a sister or brother to take some of the pressure and attention off of me.  But that wasn't to happen.  So I tried to be a tomboy to make my father happy.  But that didn't work either.  He told me to 'act like a girl' - even though he wished I was a boy.  It was a no-win situation.  The older I got, the worse it got.  If I did something that even he couldn't deny was praiseworthy, he would take the credit by saying something like "well of course you did good - you're my daughter!"  But if I did something unacceptable in his sight, it was totally my fault.

He passed away in 2006.  When the lawyer read me his will, my father managed to condemn me even from beyond the grave.  He had written that I was "purposely omitted" from receiving any inheritance whatsoever, so that no one could argue that it had been an oversight.  This was the father I had spent 48 years of my life trying to please.

I would like you to note the similarity between my earthly father and the God that the Pharisees tried to please - a God that laid down rule after rule after rule.   A God that demanded perfection, a God that would condemn a person for not washing their hands before they ate, or for healing a person on the Sabbath.  A cold, stern God that showed no mercy, no love, and no compassion.

But 4 years later I learned the truth.  After my mother passed away, my relatives (who were very much like my father) let me come and take a few of my mother's personal belongings, purely because of their sentimental value to me.  Among some items in her dresser I found a handwritten note - a note referring to an adoption agency.   It was almost as if the heavens opened up and a brilliant light flashed the word TRUTH across the sky.  That started a quest that took over a year, but I discovered the real TRUTH.  I found out I was adopted!  The man I thought was my father was not really my father!

I could have denied it.  I could have raged against it.  But that wouldn't have made it any less true.  Instead, by accepting it, like Jesus said in our Gospel reading, "the truth set me free".  All the anger, all the frustration, was lifted from me.

And this was the same truth Jesus was trying to share with the Pharisees.  God has laws, yes.  And His perfect justice does demand those law not be broken.  BUT, God's love is even greater.  He knows we are like children, children who cannot attain His level of perfection on our own.  And so He sent His Son, Jesus, to attain it for us.  And if we put our faith in Him, through Jesus, we are perfect in His sight.  But I must add, not if we reject Jesus and try to attain heaven on our own merit.  As the Bible says, "By grace are you saved, through faith, and that not of yourselves.  It is the gift of God, not of works, lest any man should boast." (Ephesians 2:8)  The Pharisees rejected Jesus, because of their pride.  They wanted God - and men - to praise THEM - not Jesus.  And so they sought to have him killed.  The Pharisees thought that God was their father because they were descendants of Abraham, but Abraham would not have tried to kill Jesus.  However Satan, the Pharisees true father, wanted nothing MORE than to kill Jesus.  Biologically they might have been 'children of Abraham' but spiritually they were children of the devil - not of God.

In these days of political correctness, even within the church, we often throw around concepts like 'God is everyone's Father', and 'all paths lead to God', and other such nice sounding phrases.  And while it is true that God loves every person who was ever born or will be born, it is not true that God is everyone's father or that all paths lead to God.  Jesus said, "I am the way, the TRUTH, and the life, and NO MAN COMES TO THE FATHER EXCEPT BY ME." (John 14:2)

So I ask you today - Is God truly your Father?  Have you put aside your pride and admitted to God that you cannot earn heaven by your own good works?  Have you trusted in Jesus as your Savior and made Him the Lord of your life?  If so, then according to the Bible you have received the Spirit of Sonship by which you can cry "Abba, Father" -  which means you can call God "Daddy". (Romans 8:15).   Amen. 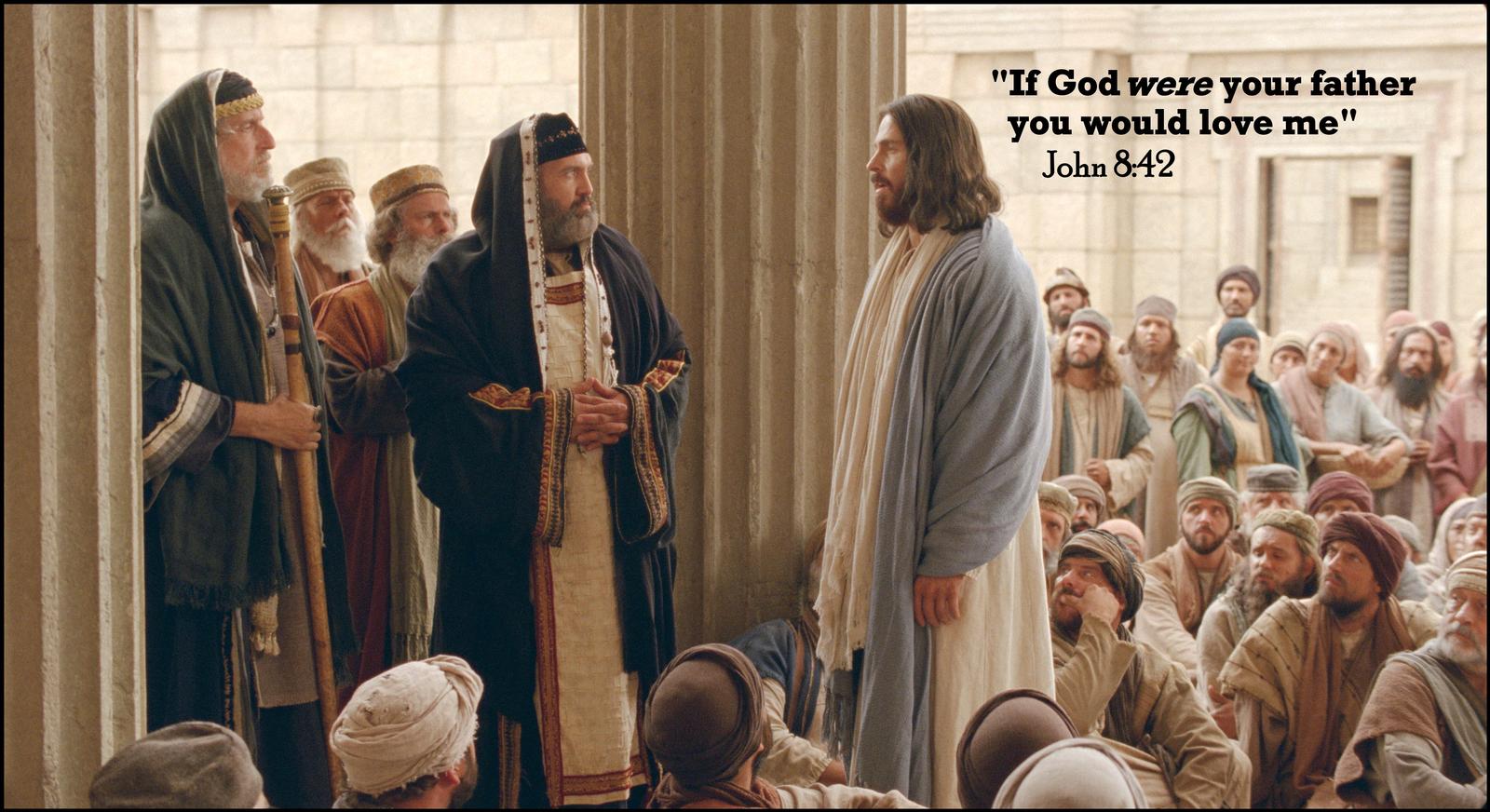